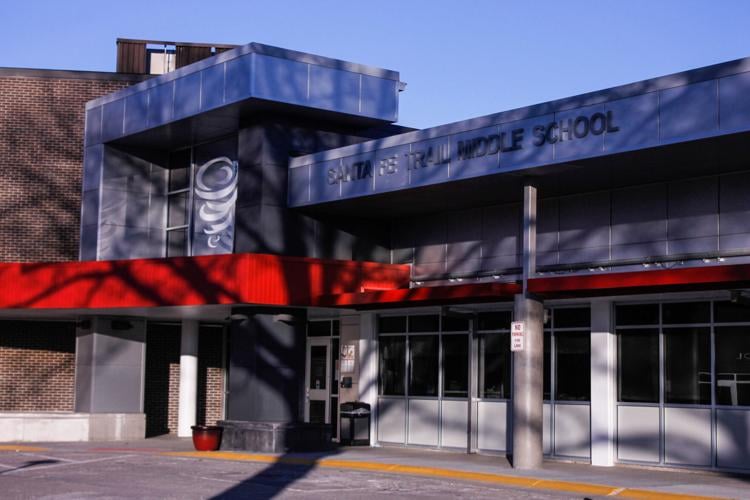 Santa Fe Trail Middle, at 1100 N Ridgeview Rd., is the oldest of USD 233's middle schools. The 2022 bond proposal district residents will be asked to vote on in February and March could steward in the replacement and demolition of the existing school. 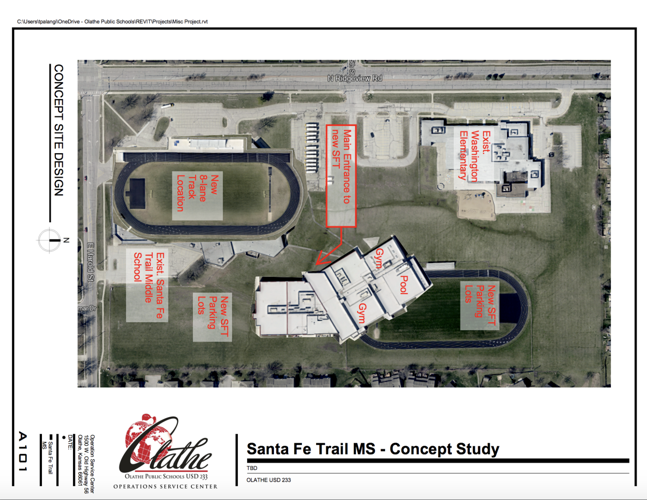 Right now, the plan is to build the replacement Santa Fe Trail Middle on the same property the current school sits on but where the athletic facilities are located. Once the new school is built, the old building will be demolished.

The Olathe school district is looking to have students learning in the new Santa Fe Trail Middle School building by fall 2024. That means construction, which should mostly wrap up in the spring of 2024, needs to get underway sooner rather than later.

In the last month or so, the school district has taken some early steps to get the ball rolling on construction. In April, architects were hired to scale the Summit Trail Middle design, USD 233’s middle school prototype, for this project. Last week, the Olathe Board of Education voted unanimously to award the contract for construction management services.

Conversations with the Olathe city government, which has planning jurisdiction over all construction projects in its limits, have also begun. The district will have to clear a number of procedural hurdles, like platting, before it can really start any physical work.

All of this will culminate in the district breaking ground later in 2022, ideally, district officials have said. That’s because projects of this scale take at least 18 months to complete.

Travis Palangi, executive director of facilities and operations, said moving quickly on this project could also save the district millions over its construction span.

“Due to the current state of the economy... and with material prices in escalation that’s happening, we want to try to get this project up as quickly as possible,” he told the school board on Thursday. “We’re going to hit the ground running pretty quick.”

Even then, USD 233 employees who oversee construction projects and outside firms are going to have to consider other ways to cut costs from the replacement project. That could mean using alternative building materials, selecting a different roof setup or any number of smaller details-oriented changes. What types of materials are available could also play a role in how things are selected, Palangi said, since supply chain problems could contribute.

Superintendent Brent Yeager agreed, noting that “time is of the essence” for this project and other bond-funded projects the district pursues while the economy and supply chain is affected by global uncertainties.

“Right now, based on escalation, we suspect it's costing over $10,000 a day in escalation on a $64 million school,” he said last week.

In the meantime, students will continue to attend the existing Santa Fe Trail Middle while the designing and construction are underway.

WHY REPLACE THE SCHOOL?

The Santa Fe Trail replacement was the largest project proposed in the $298.3 million bond measure the community approved earlier this year. The driving force behind that project, district officials say, is the high cost of repair and replacement for failing building infrastructure — as well as considerations for educational equity.

Santa Fe Trail, which opened in 1968, is the oldest of the middle schools still in use today. During a community information meeting about the bond proposal, principal JJ Libal said school administrators are on a first-name basis with the facilities management and service repairs division in USD 233 due to some of the ongoing struggles the building has.

Some of the major issues at play are water infiltration, which has caused the hallways to flood. The sanitary sewer lines are also deteriorating, but since they’re within the slab of the floors, repairing them would require demolishing the floors of the school, which likely contain asbestos. That not only means an infrastructure repair, but it becomes a huge asbestos abatement project.

All of the renovations and repairs the building requires, deputy superintendent John Hutchison said, became cost prohibitive. All said, the cost to renovate the building as it stands now is about 80% of the estimated $64 million it would cost to build a new school altogether.

“When it got that close, it's like you could have a brand new building or you could do these major repairs and other systems are still going to start failing,” Hutchison said. “It'd be better to tear the building down and build a new one.”